Circumstances took me away from my home QTH up to Orkney for the SOTA day. Plans were made and remade as I worked out what options I'd have for transport and time. Finally I setted on Mid Tooin (GM/SI-190).

They forecast leading up to the day started out saying it wouldn't be too wet, but as the day got closer it steadily improved until they day itself dawned very misty but with a promise that I'd need plenty of sunblock and a hat before the day was done.

I got dropped off at the end of the road that leads to the Milldoe mast. 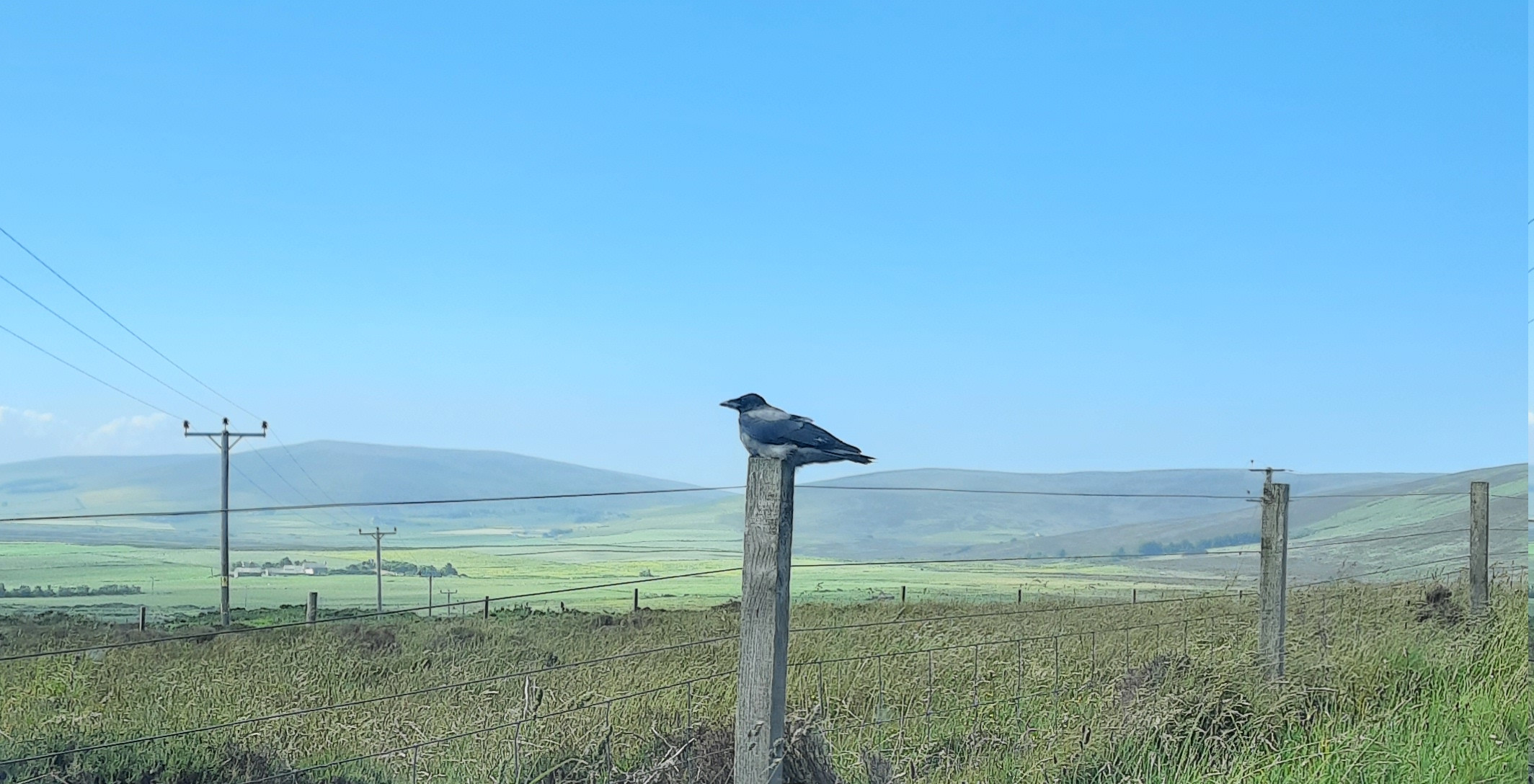 The day was sunny and warm as I walked easily up the road. I wouldn't be keen on driving a normal car up it, but something 4WD would take it on quite fine. The only thing was that even in the shelter of the hill it was starting to get very windy.

As I went up I made a couple of contacts, first with 2M0IIG from OARC, then GM1PLY dropped in to say hello and lastly, before I lost contact with the DMR repeater GB7OR, the special event station GB2LEE.

The road afforded some spectacular views to the south to Kirkwall and east particularly over Rousay.

Eventually the road ran out though and it was time for the walking boots to earn their keep. Although technically the transmitter mast is in the activation zone because the hilltop is so flat, I set out over the heath to the trig point.

I expected knee deep heather that was still holding the damp from the previous few days of rain and mist, instead the ground underfoot was mostly dry and spongy with deep plant layers. Not very stable underfoot so attention had to be paid, but also not terribly strenuous.

The trig point isn't visible from the transmitter mast so I relied on my phone to guide me until it got within sight. It was also right next to the only outcrop at the top of the hill so I set up on the sheltered side of the rise, looking north to the trig point and eventually Shetland.

This is where the only real snag of the day kicked in. I only had gear for 2m and 70cm and the VHF/UHF bands are not terribly popular in Orkney. I did let local people know in advance that I'd be doing this, but on the day I only made one contact. I did try beaming North to Shetland and South to Caithness and Fraserborough but the only other thing of note I managed was picking up the GB2NG repeater beacon. It would have been excellent to contact someone so far away, but it was not to be.

I suspect the transmitter mast was deafening my radio, but I may also just have been unlucky on the day.

I would like to try again once I have some HF gear so I can pull in calls from further afield, but the day was beautiful and I had lunch and a thermos of coffee so even if the radio aspects had not been ideal, it was still a grand day out.